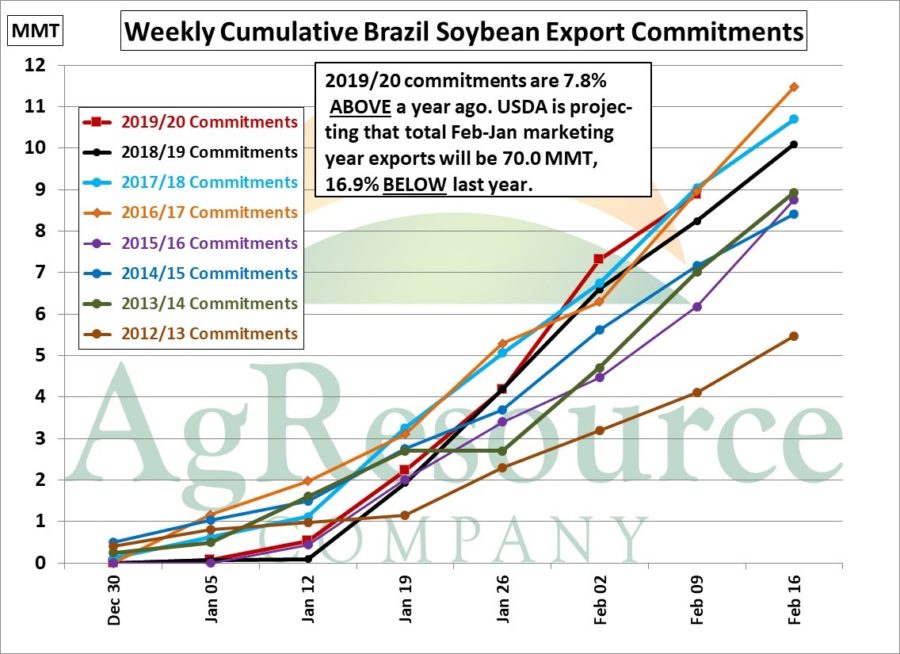 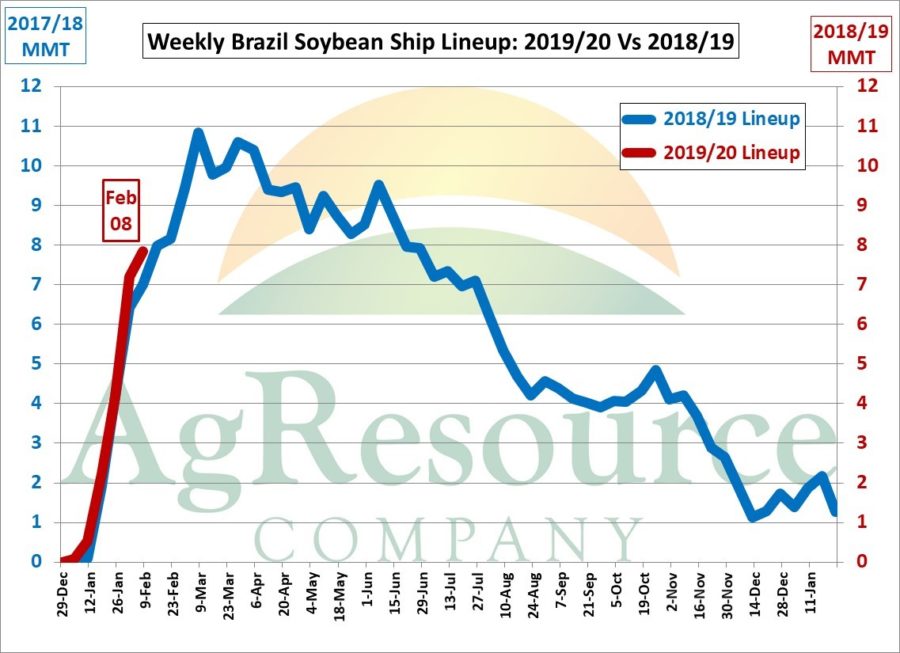 The chart below shows the seasonal of weekly cumulative export commitments for 2018/19 (red squares) vs last year (green triangles).  Export commitments are just below the middle black line which represents the “average” pace (black line) needed to meet the USDA’s export projection for 70.0 MMT.  USDA’s local marketing year for Brazil’s soybean crop begins Feb 1. Commitments have now accounted for 12.7% of USDA’s projection vs last year’s 9.8% and the 5-year average of 13.4%. 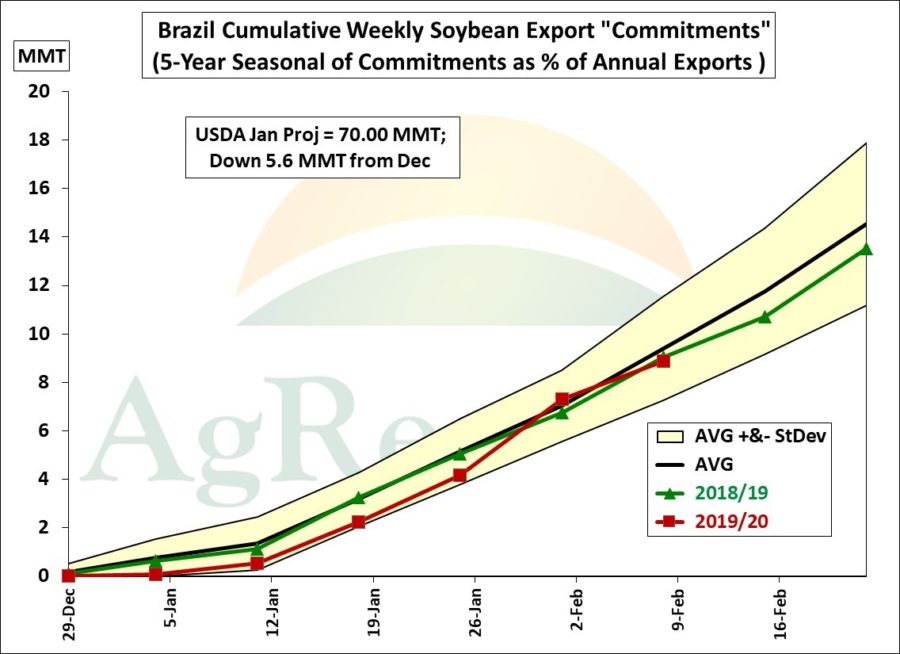 The chart below shows the seasonal of this year’s Brazil monthly soybean exports (based on the international marketing year of Oct-Sep 2018/19).  Shipments  are the black circles and official SECEX exports are the red triangles.  Also shown (as green squares) are last year’s SECEX exports.  The 5-year average of monthly exports (measured as a percent of annual exports) is depicted by the solid blue line (read off the left axis). 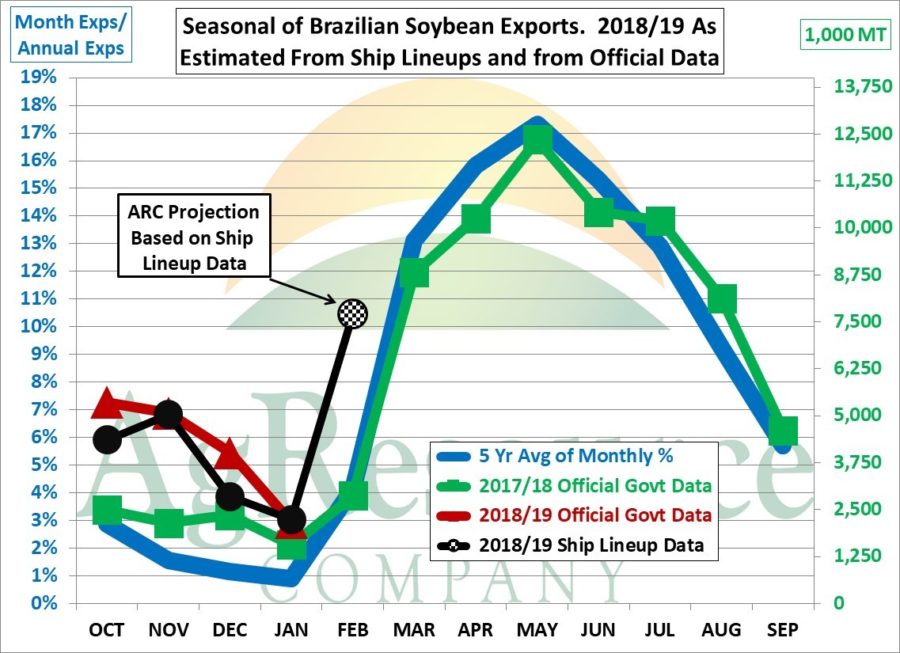 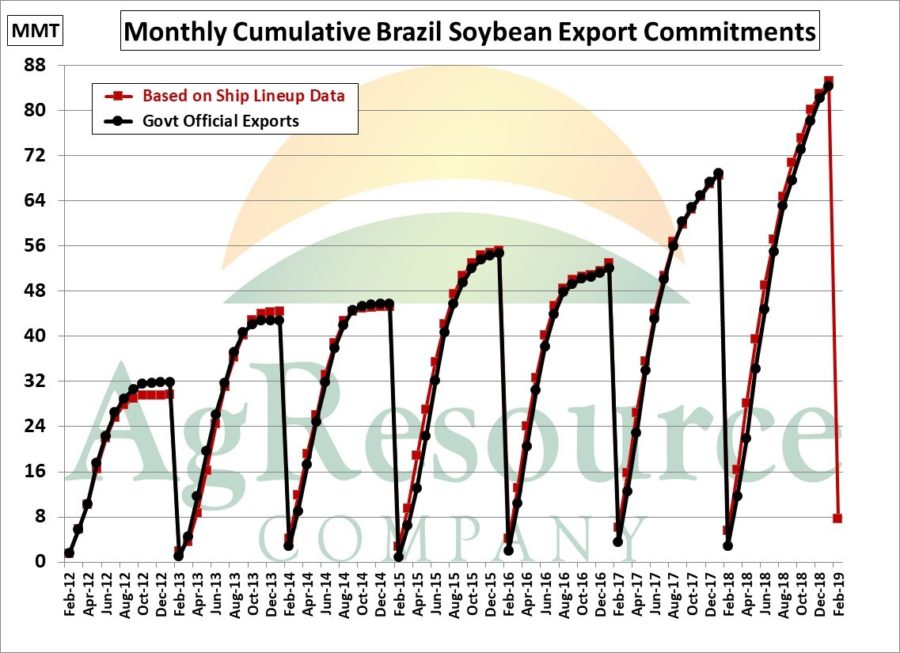