You are here:
Need Help?

Summary:   Brazil shipped 520,000 MT of soybeans last week. That’s up from the previous week’s 199,000 MT and it is above a year ago.  According to cargo services data, Brazil’s export “commitments” were 84.67 MMT.  That is down is down 218,000 MT from the previous week.  This is the first time that commitments declined week to week.   In the Dec WASDE, the USDA raised their projection for Brazil’s exports by 3.0 MMT to 80.85 MMT (on a Feb-Jan marketing year).  SESEX’s Feb-Dec cumulative exports are 82.08 MMT and there’s still 1 months left in the marketing year.  Soybean commitments have now accounted for 104.7% of the USDA’s projection vs the 5-year average of 100.5%.  Based on the pace of commitments, USDA could raise its projection for Brazil’s exports by another 2-3 MMT.  To do so the USDA would again have to reduce Brazil’s crush; reduce ending stocks or other domestic use;  or increase its estimate of the 2017/18 crop. 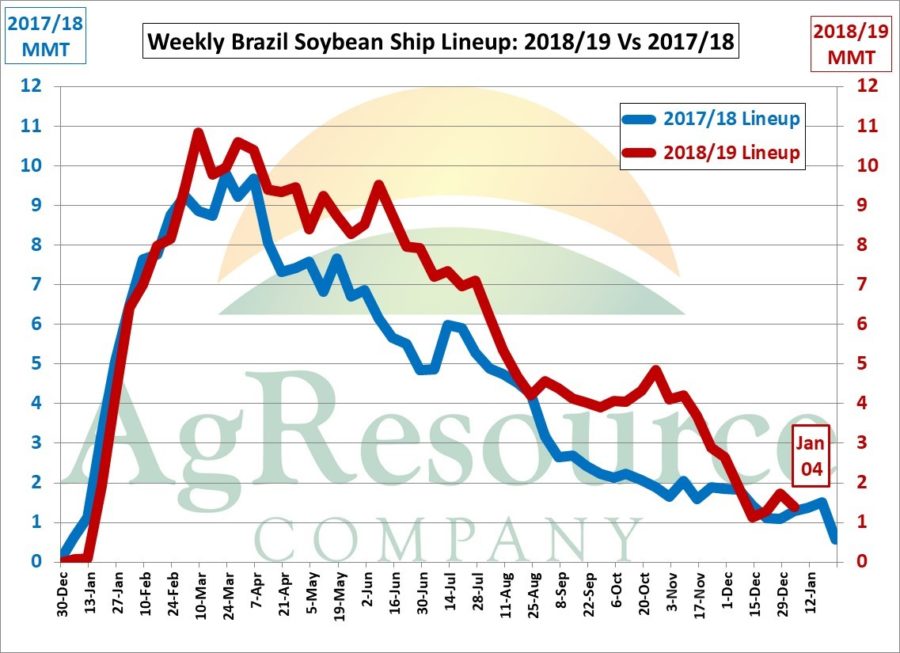 The chart below shows the seasonal of weekly cumulative export commitments for 2018/19 (red squares) vs last year (green triangles).  Export commitments are two standard deviations above the middle black line which represents the “average” pace (black line) needed to meet the USDA’s export projection for a record 80.85 MMT.  USDA’s local marketing year for Brazil’s soybean crop begins Feb 1. Commitments have now accounted for 104.7% of USDA’s projection vs the 5-year average of 100.5%. 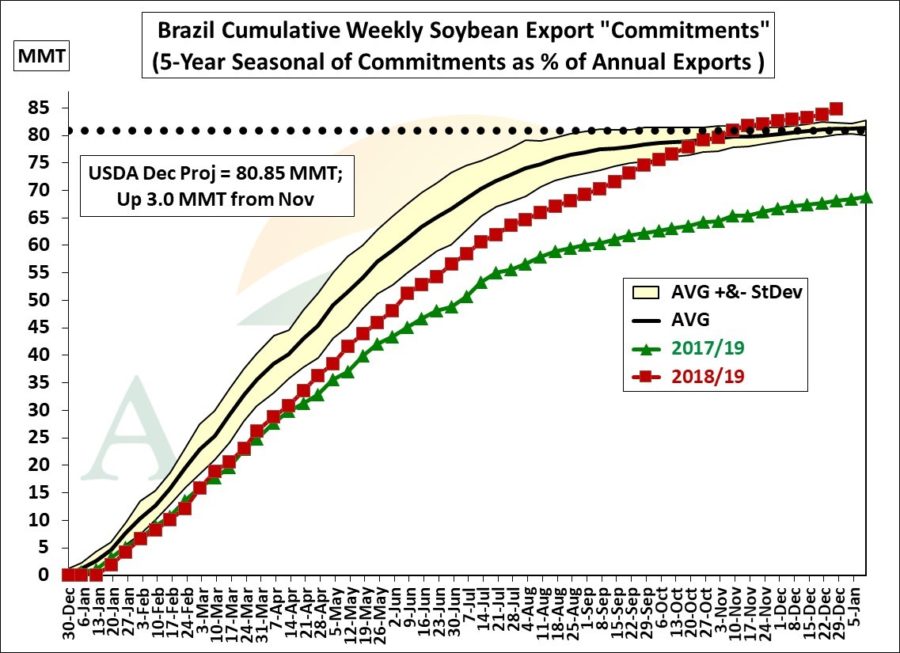 The chart below shows the seasonal of this year’s Brazil monthly soybean exports (based on the local marketing year of Feb-Jan 2018/19).  Shipments  are the black circles and official SECEX exports are the red triangles.  Also shown (as green squares) are last year’s SECEX exports.  The 5-year average of monthly exports (measured as a percent of annual exports) is depicted by the solid blue line (read off the left axis). 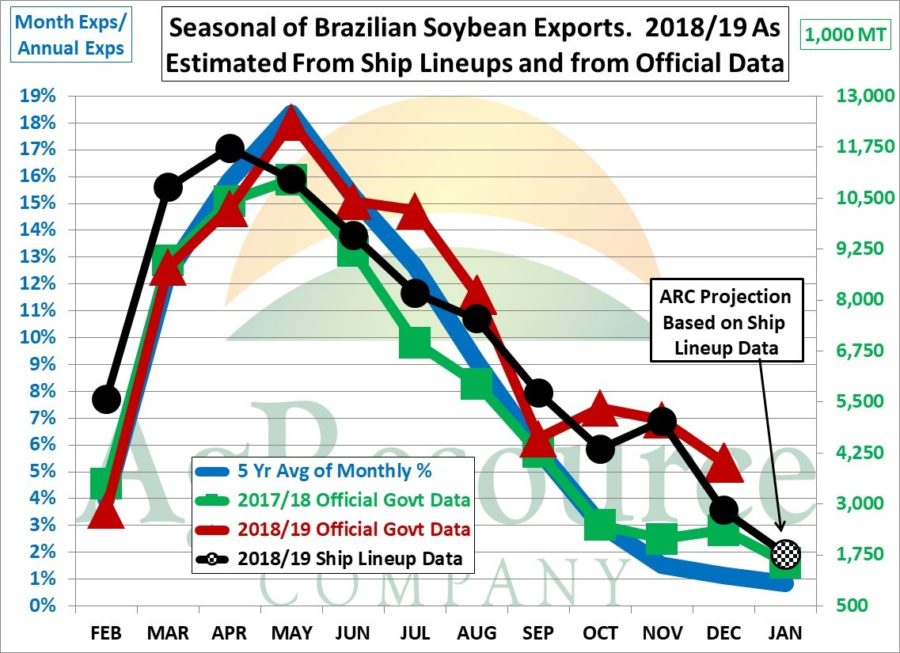 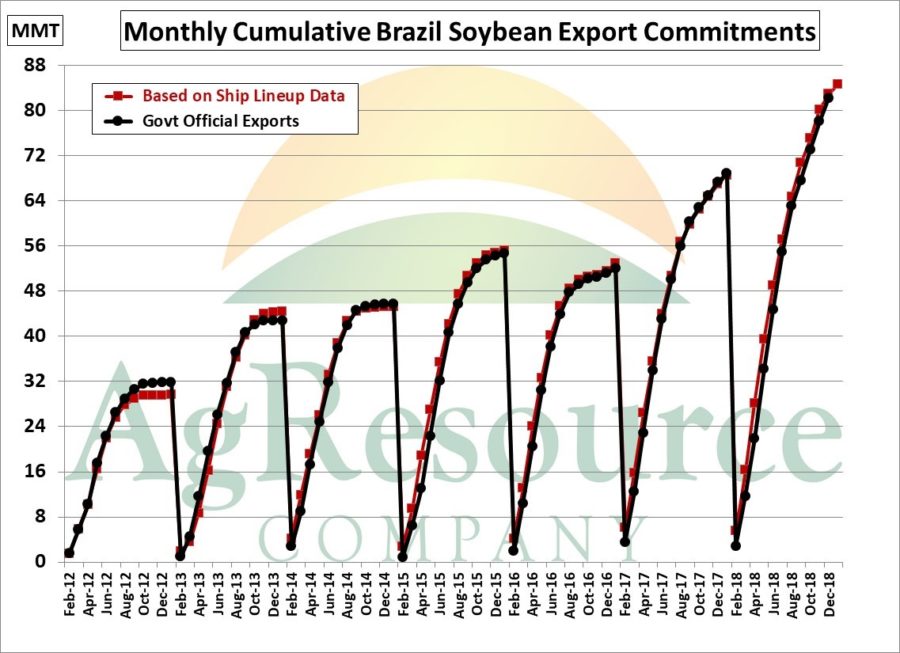 Weekly Global Wheat and Corn Exports Up, But Soybean Exports Both Down.
December 15, 2022
“Crib Sheet” for October WASDE Available.
October 8, 2021

US Ethanol Production and Gasoline Consumption Down For The Week But Producer Margins Remain High.
August 11, 2021

You have successfully added an item to your cart! You may view the contents of your cart and proceed with checkout, or continue shopping.